Photo by NordWood Themes on Unsplash

I enjoyed another great year in open source and also contributed to some new projects. I'll go through the most notable ones, not because the others are not important, it's just that these were the ones that sprung to mind while writing my review of 2019.

My site which is pretty much just a blog at the moment uses Gatsby. One interesting plugin I came across was from @raee called gatsby-remark-oembed. It allows you to embed resources as widgets that support oembed, e.g. Twitter.

I got it all installed but ran into issues. In the end, the documentation for setting up the plugin needed to be updated. I put up a PR to update the documentation, so others wouldn't stumble on the issue I ran into. And of course I wrote about it.

Any contribution to Open Source is valuable

This was a big contribution LOL. I added my site to the list of showcased sites. As a thank you for my first PR, I got myself some Gatsby socks. I also wrote a short post about this.

For this project, I helped migrate the Refined GitHub extension to TypeScript. This was a huge endeavour that spanned several months. I am currently not using TypeScript at work, so this was one of my outlets to flex some TypeScript muscle. I comment about this as a big win for me in April on DEV.

This week, I got a PR merged that I've been working on for quite a while for the Refined GitHub browser extension. Feels pretty good. 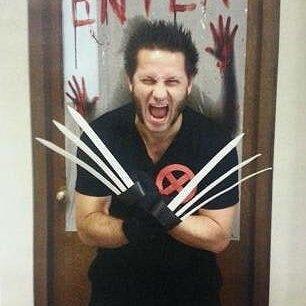 Basically going with the non-null assertion operator in almost all places, because as mentioned in github.com/sindresorhus/refined-gi..., the assumption with the extension is that the DOM nodes referenced in most cases are expected to be there. If they aren't, the extension breaks, a bug is filed and it's fixed.

One thing to note @bfred-it, is currently dom-chef types need to handle JSX (Element and IntrinsicElements) or we import @types/react. 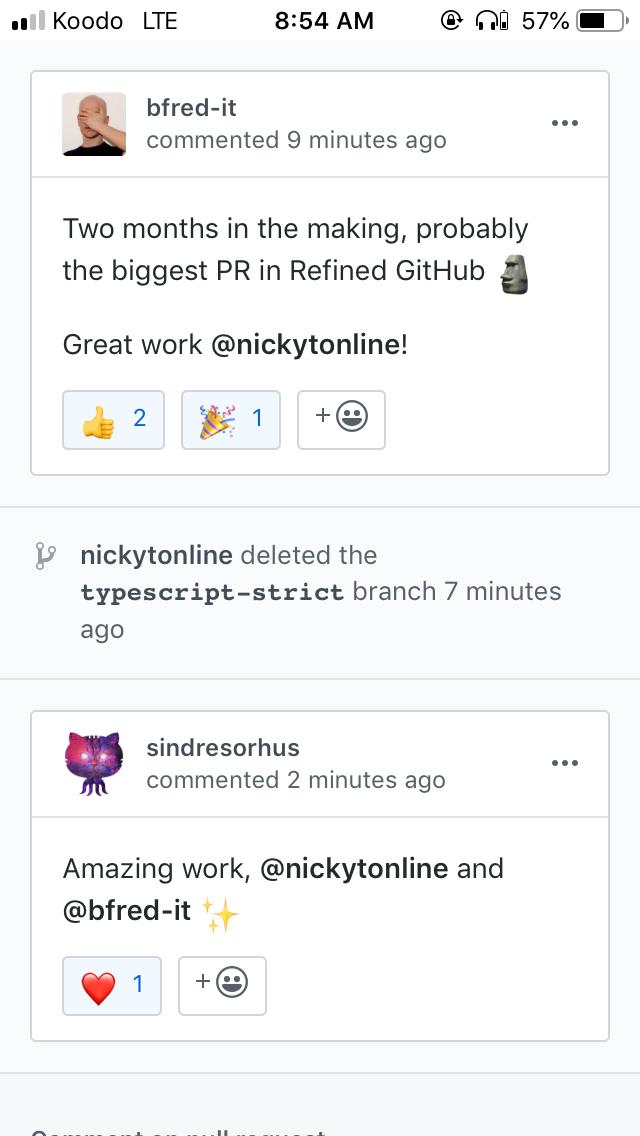 I ❤️ this project and use it everyday, so I'm feeling really good about this merged PR. #github #TypeScript

In the process of working on that PR, I discovered a bug in the TypeScript types that ship with TypeScript.

Also, just posting my tweet about this so that people can find discussions about the issue. See twitter.com/nickytonline/status/11...

I'll restate what I tweeted as I probably should have posted my question here originally.

The NamedNodeMap interface in lib.dom.ts does not allow for a string indexer, even though vanilla JS supports this in browsers, e.g. someDomElement.attribute['aria-label'].value.

We have code like this in the Refined GitHub extension, so for the time being, I've gone ahead via a declaration merge for NamedNodeMap

I can't tell from the MDN docs for NamedNodeMap if it's standard or not. All they seem to mention is "Attr nodes' indexes may differ among browsers" which wouldn't apply to access by the attribute name.

Just wondering if this was omitted by mistake or is it because this is not considered WHATWG DOM standard? I went to dom.spec.whatwg.org/#interface-nam... and unless I'm reading it incorrectly, I believe it states that using a string indexer is valid.

Thoughts? Happy to PR this up if it's valid.

And finally, I've made a few PRs to dev.to to get back in the swing of things of contributing there as well.

What type of PR is this? (check all applicable)

Fixed some linting issues being reported in the frontend.

Mobile & Desktop Screenshots/Recordings (if there are UI changes)

[optional] What gif best describes this PR or how it makes you feel?

This was a contribution to the TypeScript repository but in the form of filing an issue. While working on the Refined GitHub extension refactor to TypeScript, I discovered an issue with the NamedNodeMap interface in the core types that ships with TypeScript. The issue got labelled as a bug so it is in their backlog now.

I continued to contribute to my favourite open source project, DEV.

This year was my first year participating in Hacktoberfest. It was a fun endeavour which included contributions to DEV as well as adding some automation for properly formatting markdown files for the learnstorybook.com project.

I will definitely continue to contribute to open source in 2020. What about you?

Getting Back in Shape permalink

I’ve been athletic pretty much since elementary school, but in recent years, I’ve had a few setbacks with injuries. Last fall, I joined the corporate soccer team and a few practices in, I ended up tearing one of my calves. While I was recovering from my injury, I ended up putting on quite a few pounds, so end of April this year, I hit the tipping point and began my journey to getting back in shape.

Initially, it was quite tough, because even though I had completed my physiotherapy for my torn calf, I was nowhere near being in any kind of running shape. I ended up joining an Orange Theory and the rest was history. I busted my butt and got back into pretty awesome shape, dropping literally 35-40lbs of fat.

I put a couple back on as it’s the Christmas holidays, but will be getting back into the swing of things post-holidays.

Automating Deployments for My Site permalink

I don’t know about you, but updating dependencies for your site is a pain because if you need to build with the new dependencies and make sure everything still works fine. Or even code changes for new stuff. For my blog, it is not a mission-critical site, but I took my Cypress knowledge, a dash of Dependabot and Netlify to put it all together. Let the robots do the heavy lifting.

I have probably already saved a good 50 hours this year not updating and testing dependency updates and will probably save myself hundreds of hours, maybe the low thousands of hours next year.

I improved the page load times of the product I work on, Shotgun, with some webpack and frontend build changes I made. One of our high profile clients, Lucasfilm Ltd. was very happy about the improvements. It felt really good when our support team posted in Slack that Lucasfilm noticed a 20% speed improvement based on their own internal testing. 🔥

My win this week was hearing back from one of our clients, Lucasfilm Ltd. 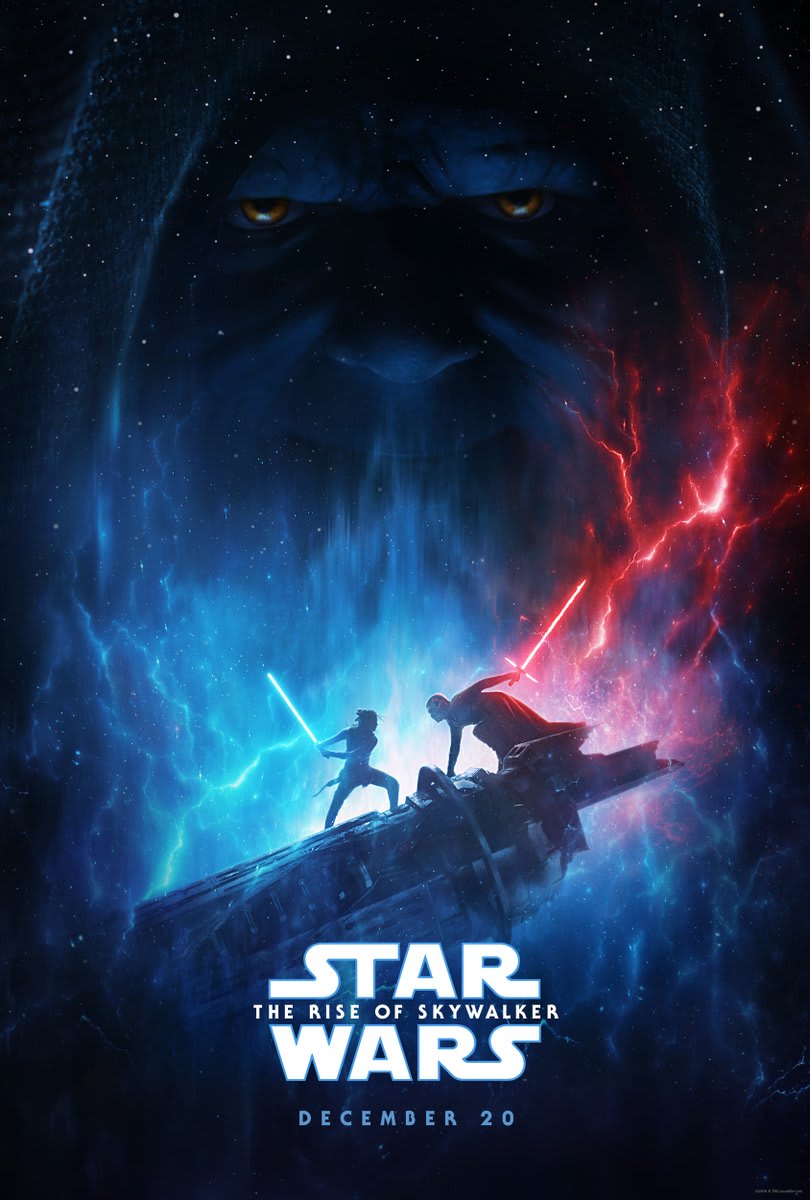 Their technical team let us know that they were very happy with the improved frontend performance of Shotgun, the product I work on.

These improvements are related to a tonne of work I did to our webpack configuration/frontend build a couple of months ago (they just upgraded to the version with my improvements). 🥳

Maybe they’ll send me the Millennium Falcon I couldn’t afford as a kid.

Or maybe a Wookie. I’d be happy with a Wookie. Chewie!

One day, I received a message on LinkedIn and noticed that it was a message from a recruiter from Facebook. Even though I was quite happy with my current job, it seemed silly not to entertain the thought of potentially working at Facebook and the fact that they contacted me made me feel pretty good.

I passed the initial phone screen and then prepped for my first interview that would be with a frontend engineer from one of the teams at Facebook. I spent a lot of time preparing, and ended up doing really well. To be honest, I didn’t think I would make it past the first interview. I just always assumed the big companies were never achievable. A side effect of having imposter syndrome even after years of experience. 🙃

I moved on to the second interview, and once again did well. I got the phone call from Facebook that they wanted to move to the final step, an interview in Menlo Park. They flew me down for the weekend and then I was to interview on Monday. I had never been to California, so I was very excited to go. 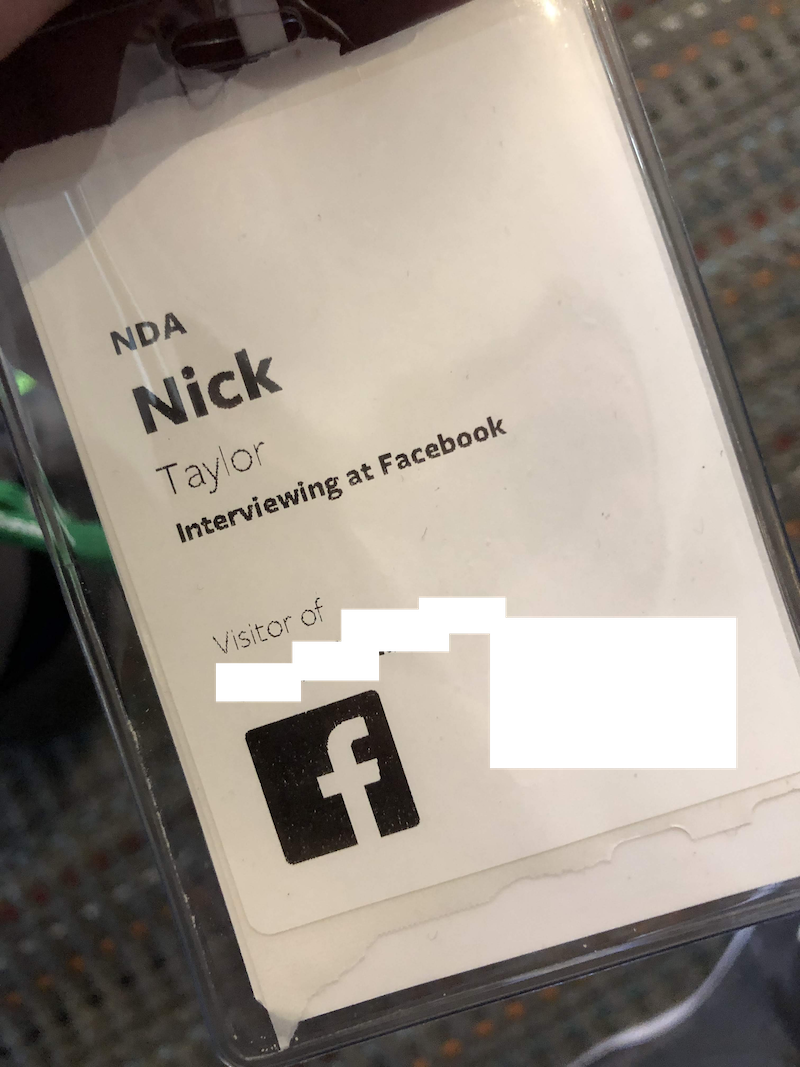 One of my cousins lives in California, so I also took the opportunity to visit some family. Aside from that, I contacted Brian Vaughn, one of the core React team members just to see if he wanted to grab a bite to eat/coffee with a random Canadian. I’ll be honest, I generally do not ask strangers to meet up, but he seemed like such a nice person on Twitter and GitHub, that I just went for it. We grabbed some sushi and a coffee on Sunday and just chit-chatted. It was really nice of him to do that while I was there.

Thanks Brian and I am definitely hooked on Philz coffee now! Philz Coffee… please come to Canada, specifically Montreal. 😆

On Monday, I had an intense day of interviewing at Facebook, but there was a lunch break. At lunchtime, none other than Andrew Clark from the React core team joined me for lunch. It was awesome. We spent an hour together at lunch talking about all kinds of things including React. Thanks for lunch Andrew! Andrew is super nice BTW.

It gets better. After lunch, Andrew took me to grab a coffee on the Facebook campus. He mentioned that Sebastian Markbage, another React core team member, instituted a mandatory coffee break a couple of times during the day based on a Swedish tradition called Fika. So we grabbed our coffees and I got to sit with the React team that is based in California. It was only about 15 minutes, but it was just another amazing unexpected thing to come out of interviewing with Facebook. Honestly, the entire team was super nice. I don't know if this is the norm when a frontend interviews at Facebook, but I am definitely not complaining.

I finished my day at Facebook exhausted and headed back on a redeye to Montreal. Regardless of what the final outcome was of the interview process with Facebook, it was an amazing experience for me. In the end, things did not work out, but had I never accepted that initial phone call with the recruiter from Facebook, I never would have met any of the React team or visited my cousin. Remember folks, take chances!

Take chances and stand out

This is a work in progress, but I started work on a TypeScript course. It's not finished yet and I have never written a course or any type of education material, but I am very excited to get it completed. Special shoutout to @aspittel for providing me with some great coaching for writing this course.

I will definitely let you all know when it's available.

I created the @vscodetips Twitter account back in September 2017 and it looks like this year, it’s gained a lot of traction. It gained ~2000 users in 2019. By no means a huge amount of followers in the Twittersphere at almost 3500 users, but I’m still pretty happy about that. People seemed to enjoy the tips I post or things I retweet related to VS Code. If you’re one of VS Code Tips followers, thanks!

VS Code tips is also on DEV, but I have not done much there yet. You can check out the profile here

As the year came to a close, I decided to accept an unbelievably amazing opportunity. I am very excited about it! It is a fully remote position working with a dope team. I cannot wait to get started. I will share more about this in early 2020.

Thanks for reading and Happy New Year!