I’ve purposely left out FireFox here because this is not about Firefox. It’s about Chromium based browsers. No knock on FireFox. It’s great as well.

What I’m wondering is if you are a Google Chrome convert, will you stay a Chromer? Don’t even know if that’s a real thing. 😆 I think it was in 2009 when Chrome came out and I was on Mozilla/FireFox (shout out to Firebug). As a user, I gave Chrome a try and never looked back. It was my go to browser until Brave (Chromium version, not the Electron one) came around. It’s what I currently use in my day to day.

I’m on a Mac and today it was announced that there is a [Canary channel available for MacOS](https://blogs.windows.com/msedgedev/2019/05/20/microsoft-edge-macos-canary-preview/# fDfwqLCZqc5IWL0F.97). So of course I thought I’d take it for a spin.

Out of the box, I’m happy that they already have extensions. 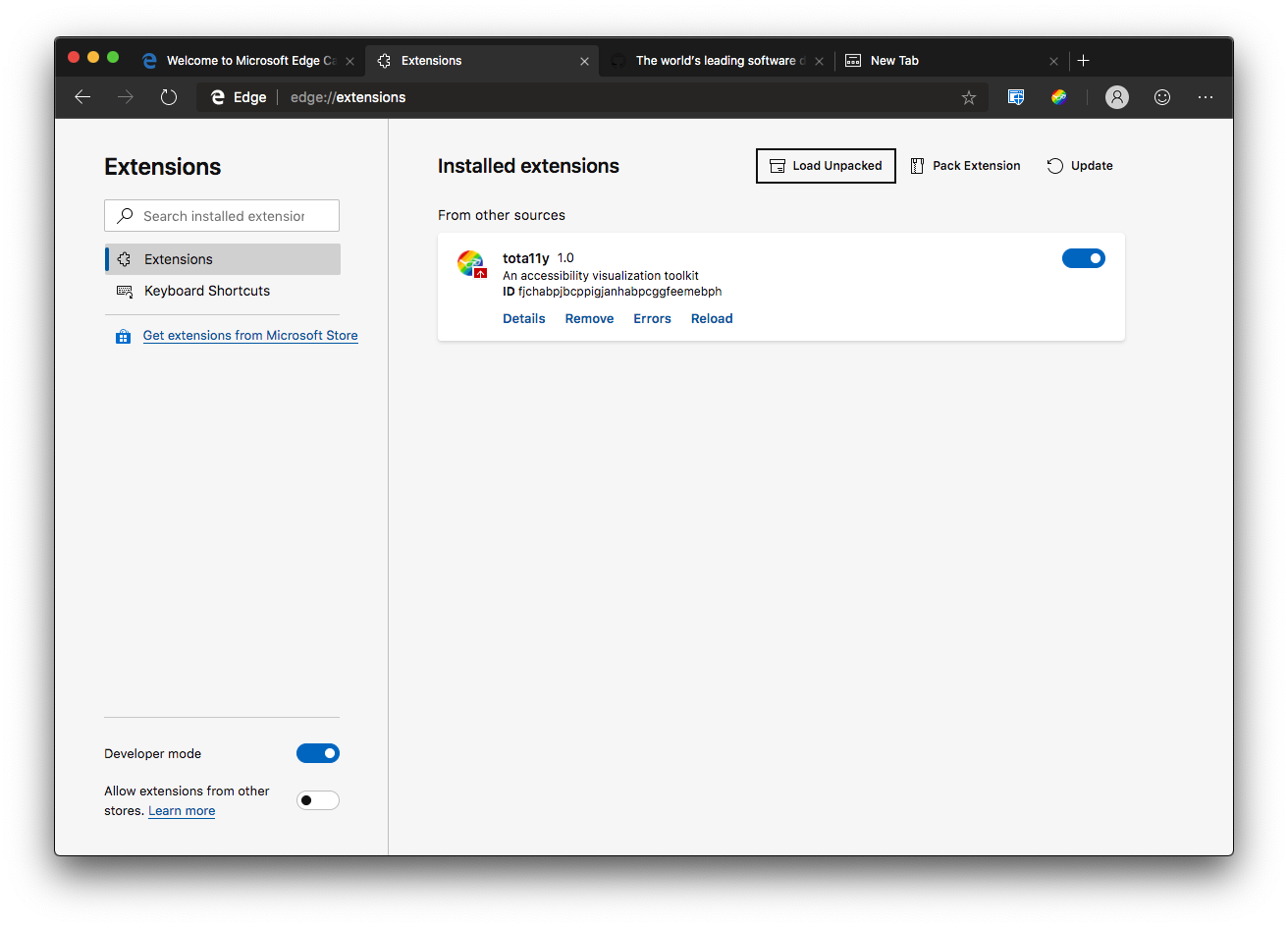 I was able to load up an extension I’ve been working on.

An a11y extension coming to a browser near you

They also appear to have some web page monitoring.

It’s early days, but once they have official releases, it begs the question, will users care? What added value will each of the Chromium based browsers offer over the other to win users over?

I think Microsoft is making a smart move by making it available on MacOS and there is also talk of a Linux version as well.

What are your thoughts on another Chromium browser contender? Feel free to leave comments here or in this Tweet thread.